Winning Awards… and Grateful For The Opportunity 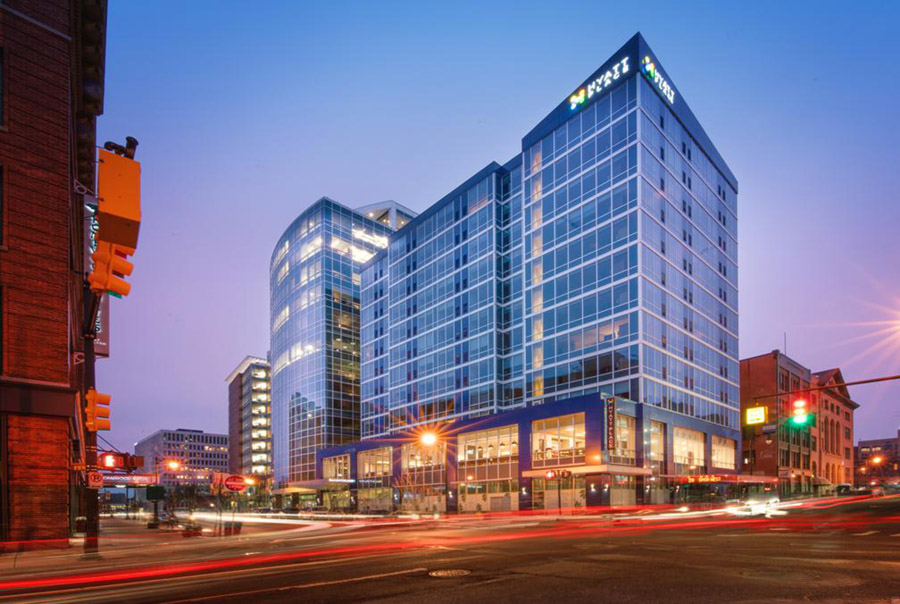 Whether it’s a neighbor saying something nice about your lawn, or approving nods at the end of a meeting, it feels good to be recognized. Especially when most of us have been holed up the past year suffering from pandemic isolation.

So, it was great to be part of this year’s Commercial Projects Awards staged annually by Guardian Glass, recognizing outstanding glass installations across the nation. More than 40 projects were nominated from hundreds completed in 2020. The glaziers and glass fabricators on nine projects received awards.

Glass and Metal Craft was recognized for the insulated glass it delivered to two of these projects that sit side-by-side in downtown Grand Rapids, Michigan. Grand Rapids is the state’s second largest city and the trendy heart of its famous West Coast (or as the locals call it, the nation’s Third Coast), and the buildings have beautifully redefined the City’s skyline.

Glazier Glass Design of Grand Rapids selected us to fabricate the IGs for the hotel, while Precision Wall out of South Bend chose us for the IGs on the office center. When combined, the projects totaled nearly 200,000 square feet of Guardian SunGuard glass, plus an elaborate point-supported IG structure wall at the entrance and a custom roof windscreen on the top floor terrace of the Warner Building. While these were two separate projects, they were designed by the same architect (Ghafari Associates) and run simultaneously by the same general contractor (Orion Construction) on extremely tight delivery schedules.

It was an “all-hands” effort to plan, stage, and fabricate both deliverables simultaneously, requiring state-of-the-art fabrication processes and equipment to ensure stunningly flat facades, kitted to speed the flow of installation.

But, we did it. And all shared in Guardian’s acknowledgement of a job well done.

The moral of the story is that taking on demanding assignments is just another day-in-the-life at G+MC. We’re known for stepping up to the commitment of being a true team player – to be on call, on-demand, to quickly respond to changing project requirements and deliver successful outcomes.

We’re also known for being an award-winning fabricator. And ever grateful for the opportunity to be so. Thank you, Glass Design. Thank you, Precision Wall. Thank you, Guardian.